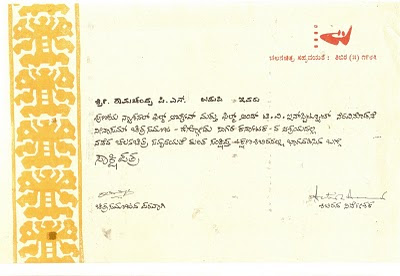 Certificate of Participation - Course Director Satish Bahadur I first came in contact with Prof. Satish Bahadur way back in 1983 during a film appreciation course that Magsaysay award winner K.V. Subanna had arranged with the collaboration from The Film & TV Institute of India and The National Film Archives of India in Heggodu, a small village near Sagar, Central Karnataka. With his analysis of films he had then opened up a whole new world for me and I am sure for a lot of others who had attended the various film appreciation courses that he relentlessly conducted all over India. He tought Film Appreciation in the film Institute. By the time I joined the Institute in 1987, he had retired. But by then I had attended many of his film appreciation courses in Karnataka. His passion for cinema was very infectious. An entire generation of film makers and film buffs is indebted to him. To sir, with love... Satish Bahadur - a signature in film appreciation
Post a Comment
Read more
More posts