Showing posts from December 4, 2016
Show All

Premier of "The Unbearable Being of Lightness" 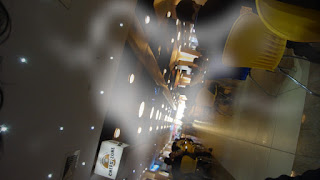 A still from the film
The public premier of the film THE UNBEARABLE BEING OF LIGHTNESS was held on 12-11-2016 at the  Kolkata International Film Festival in the  Competition Section for documentary films
at Shishir Mancha 2. Click here for the SCHEDULE