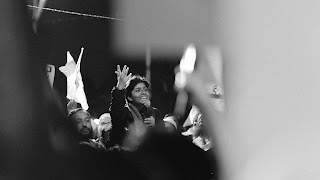 Amulya's photo from her social media wall One of Amulya Leona's social media posts explains how wishing good for any other country does not mean that you wish your country bad. In that post, she had raised the 'long live' slogans for all the neighboring countries; maintaining that such slogans would not take away her duty to respect her own nation. A few days after the post, in a protest rally against CAA-NRC in Bengaluru, Amulya probably wanted to explain this aspect to her audience. In what looks like a penchant for a 'bang on' opening remark she - almost sensationally - started of her speech wishing 'Pakistan' good, saying 'Long live Pakistan'. She could have started off by wishing well to say Bhutan or for that matter to India, as she did it on her social media post. Unfortunately, she didn't. It was Asaduddin Owaisi's reaction that first did her in. He wanted Amulya to stop her speech then and there for raising that slogan
1 comment
Read more
More posts