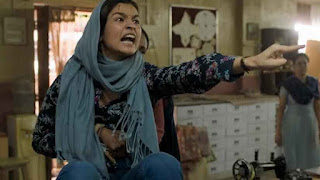 A still from 'Gully Boy' The last sequence of the movie 'Gully Boy' shows the rising rap singer from the slums of Mumbai, walking up on to a glittering stage, attended by various aides on his way, to face a cheering audience. The lights illuminating the upstage area (the one furthest from the audience) suddenly switches on to reveal a two dimensional cardboard cutout  of a slum set, in front of which Gully Boy is supposed to successfully rap. That is when the end credits appear and that is when it struck me that 'Gully Boy' the movie is just that - the voyeuristically captured 'harsh' and 'depressing' milieu of the Mumbai slums evident in the beginning of the movie before even the plot begins to crawl, is just a cardboard cutout stage setting meant to be where it is meant to be - in the background. What is the foreground? The movie is about an angst ridden rap singer who wants to escape up from the 'harsh' realities of a class t
2 comments
Read more

The shaman, his tune and the rats. 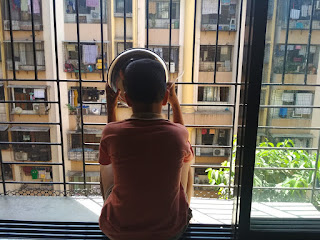 A boy with his steel plate The taali and thalli bajao is an expression in animism of the Indian public that is peeing in its pants, shit scared of an alien powerful force that is hard to control. The Pradhan Choukidar / Shaman has managed to direct people into this tribal ritual primarily for these reasons, it would seem. 1. He can later ask people for example to eat baked human shit if he convinces people that they are doing so for their own good and for the country. 2. More pertinently he shifts the responsibility of solving the issue in hand to the people themselves. By a mere collective animistic ritual we have now forgotten to ask questions as to what the government has done to tackle the issue - things like how are additional beds, ventilators and other respiratory machines, health care personnel, safety equipment are being managed; how is the money being managed for the next coming weeks when there might be a deluge of sick old people wanting medical attention. T
Post a Comment
Read more
More posts