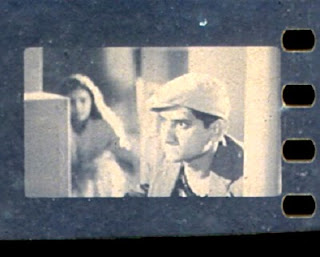 Niraj Sah in GOTALA Nostalgia sucks, but for some strange reason, I have cut one frame of the negative film of an unused take of my diploma film that I had done at the Film and TV Institute of India (FTII) in 1990 and I have preserved it over the years. A diploma film is the final exercise that any student does at FTII.    My film's name was GOTALA (The Mess) and since it was in black and white, it was 30 minutes in length. The ones who choose color then, had to go only up to 20 minutes. Again for some strange reason, Mathi Azhagan the cameraman who shot my diploma film had preserved a copy of the script of GOTALA for all these years. Mathi was a faculty in the Cinematography Department at FTII when I was studying. He had just graduated from the State film school in Chennai and he had already shot my song exercise. In 2009, I had been to the LV Prasad Film Institute to conduct a documentary film workshop. Mathi was a faculty here. I had lunch at his house, after whic
Post a Comment
Read more
More posts