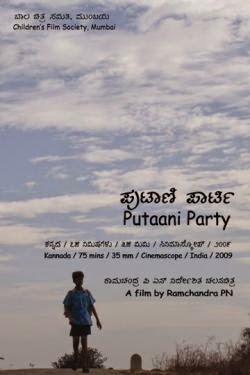 Sometime in January, 2013, Jayashree Rajagopalan got in touch with me regarding an article that she was writing on Children's films in India. She had picked up four films for a detailed analysis - Santosh Sivan’s Tahaan (2008), Jayashree Kanal and A. S. Kanal’s Chota Sipahi [Little Soldier] (2005, in Hindi, Vinod Ganatra's Harun-Arun (2009) and my Putaani Party (2009).    Here is the link to the entire article by Jayashree Rajagopalan... Heal the World, Make It a Better Place: Social and Individual Hope in Indian Children’s Cinema  I am pasting the relevant portion of what she has written about Putaani Party .....   By involving children in politics, Ramchandra P. N.’s Putaani Party presents a completely different kind of idealism that deals with substance abuse at the rural household level and covers the larger argument of a child’s ability to reason with adults. Ramchandra P. N. reveals that his child protagonists “have discussions and dialogues through which
Post a Comment
Read more
More posts