Showing posts from 2011
Show All

- May 29, 2011
In The People’s Republic of China, thanks to its one-child policy , I believe there is a generation of people who have grown up without having an aunt or an uncle. At some point in life, as it grows up, the single child would be having no relatives at all; except its spouse and its own single child, if any! It is frightening to be alone.
Post a Comment
Read more

www.Tripbase.com My blog 'Movie Murmur' has been awarded 'The Tripbase 2011 Blog Award '. in the Mumbai category along with a few other Mumbai based blogs.
Post a Comment
Read more 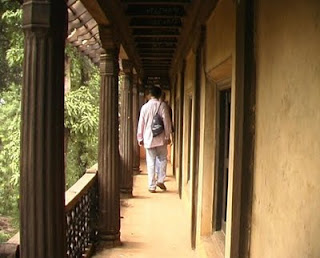 A still from 'Miyar House' 'Miyar House' is a 76 mins documentary film that took ten years in the making - blame it on fear, confusion and lethargy! But finally when it is ready now, despite any any institutional funding, I am pleased with the results. I thank Ajay Raina, Sameer Mahajan and Santosh Kumar for helping me realise this film. If you are looking to arrange a screening for your club / college / house / office please click HERE Other links Watch the trailer IMDB Wekipedia Facebook Sonk Films
Post a Comment
Read more 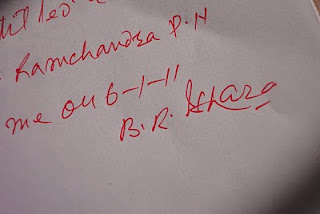 A friend of mine sent me a sms the other day, to ask if we could meet at four in the afternoon at Infinity. Around two, I boarded an auto to Adarsh Nagar. Normally, if I asked eight autos, the ninth one would give me a boarding pass. But this auto driver was special, he was just the second! As we passed the flyover that is being constructed on the S.V. Road that would head right on top of the Western railway tracks and go into Jogeshwari East, I found myself saying, ‘If this is completed, any and every auto from east would come to West and visa verse’. The auto driver saw the half constructed flyover, but choose to keep mum. Maybe he was not interested. ‘Do you know how long will it take for the flyover to get completed?’ I persisted. ‘Don’t know sir… But there is a lot of money in this flyover business’ he replied. ‘Ah… so he does talk...’ I thought. And then the words began to flow, ‘Sir, they keep constructing these flyovers where ever they get space. And when they don’t get the spa
3 comments
Read more
More posts