The Cheer Leaders With the Covid situation getting out of control for the Central Government - as amplified by the number of deaths on the ground, the ruling regime has been bombarded with questions regarding its negligent attitude, its failure to anticipate the situation despite having definite prior information about the second wave. As usual, the cheer leaders of the regime, like their colourful counterparts in an IPL cricket matchs, are coming up with opinioned pieces on national newspapers defending the un-defendable.  I chanced by two such pieces recently, one by lAnupan Kher and the other by S Gurumurthy. Coming from the person who forcefully exposed the Bofors scandal, the piece from Gurumurthy was a huge damp squib. It would have well be written by any of the team members of Amit Malaviya's office. Although it was not as crass as the letter written by the Health Minister Dr Harsh Vardhan to the former Prime Minister Manmohan Singh in reply to some suggestions on how to t
Post a Comment
Read more 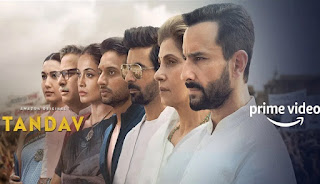 The reasoning behind the Honorable Judgment of the 'anticipatory bail' application of the makers of the movie 'Tandav' and the responsible head of its exhibiting platform, looks a bit strange and atypical. No doubt that there are reasonable restrictions to free expression that are guaranteed in the Constitution of our country - restrictions pertaining to matters of integrity of India, public order, friendly relationship with other countries, decency or morality, incitement to violence or issues that are mentioned in the various laws that the state has passed. The Indian Penal Code (IPC) makes it an offence to hurt sentiments of religious communities or to commit any act that is prejudicial to the 'maintenance of harmony between different religious, racial, language or regional groups or castes or communities, and which disturbs or is likely to disturb the public tranquility' and to cause 'enmities' between two communities'. The Scheduled Caste and S
Post a Comment
Read more 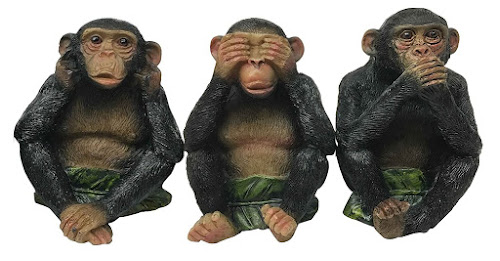 A blind monkey at the center An edifice can only be as efficient as its base. There is no point admiring a fancy well made facade, if it's foundation itself is shaky. This is precisely what is felt about the movie, 'Andhadhun'. The protagonist who is a musician sets up an experiment on himself by acting blind - so that it enables him to compose his tunes well. This seems to be the starting point of the movie - an aspect that is half halfheartedly told in a voice-over right at the beginning; and then later somewhere in the middle, when the protagonist desperately explains about this dialogues in a few dialogues, as his game is exposed. Not giving enough screen time to set up the intensity of the 'why' of this experiment that needs him to go blind, is one reason why the pedestal of this movie seems unsteady. Of course, we know that he wants to create a musical piece for a competition that could let him into the greener pastures of a foreign land, but that just becom
Post a Comment
Read more